I know this is a very early Christmas post, but I wanted to give you all a heads up and some time to order your elf on the shelf, as some people end up having to order theirs from the U.S.

I first heard about the elf on the shelf from one of my favourite Northern Irish photographers Janine Walker.  She had recently adopted 3 wee boys and wanted to give them a magical Christmas. She had me captivated; I can only imagine how her boys felt!

Basically the elf on the shelf arrives in a box along with a story book which explains who he is. I make a big deal out of his arrival and go to town with the wrapping of the parcel!  I usually arrange for the head teacher or the school secretary to arrive  with the parcel when the children are sitting at the carpet for my morning session. They explain that they heard some bells tinkling and looked out the window and the parcel was just sitting on the doorstep, addressed to reception. You can imagine what the children’s faces are like at this point!

The elf is sent from the North Pole to essentially spy on the children and report back to Santa every night. Each morning the children will find that he has returned from his nightly jaunt and will be in a different place around the classroom, often having behaved quite badly! You can find zillions of ideas on Pinterest. Check out my board here… http://www.pinterest.com/rockmyclassroom/the-elf-on-the-shelf/

The one important rule to remember is that the elf uses magic power to fly back to the North Pole each night. If the children touch him he will lose some of his power and might need to spend a night recuperating in elf hospital. Sad times.

One of the first jobs you have to do is to name your elf.  In the past I’ve had Twinkle, Bompodomp and as you can see last years choice was Twilight Sparkle, which I realised afterwards is a character from My Little Pony! 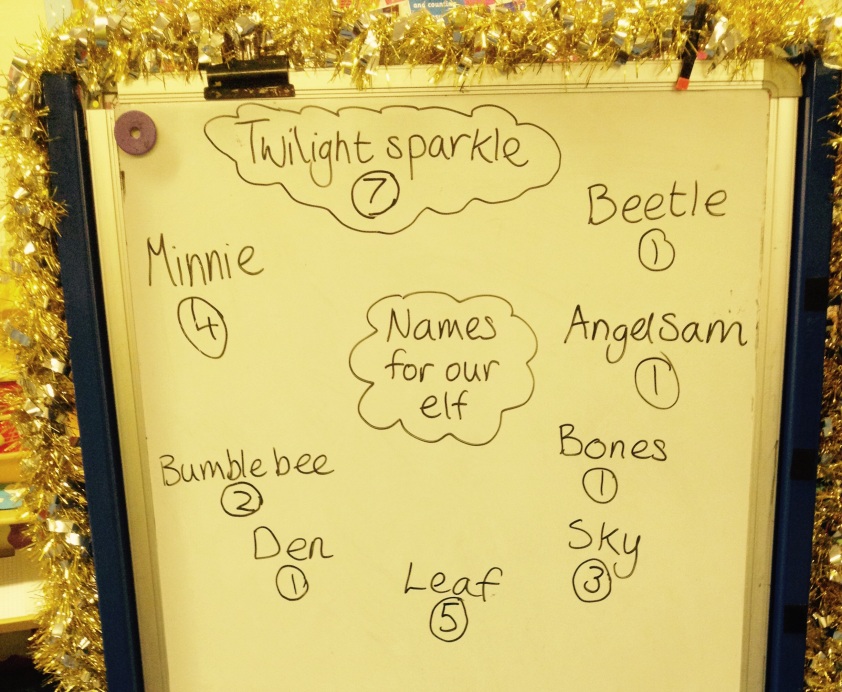 It is designed for use in the home but I introduced it to my class 3 years ago and it went down an absolute storm, needless to say behaviour is traditionally impeccable for all of December!! Here are some ideas for how I have used it in class…

He raided Paws the cat’s sticker collection one night! 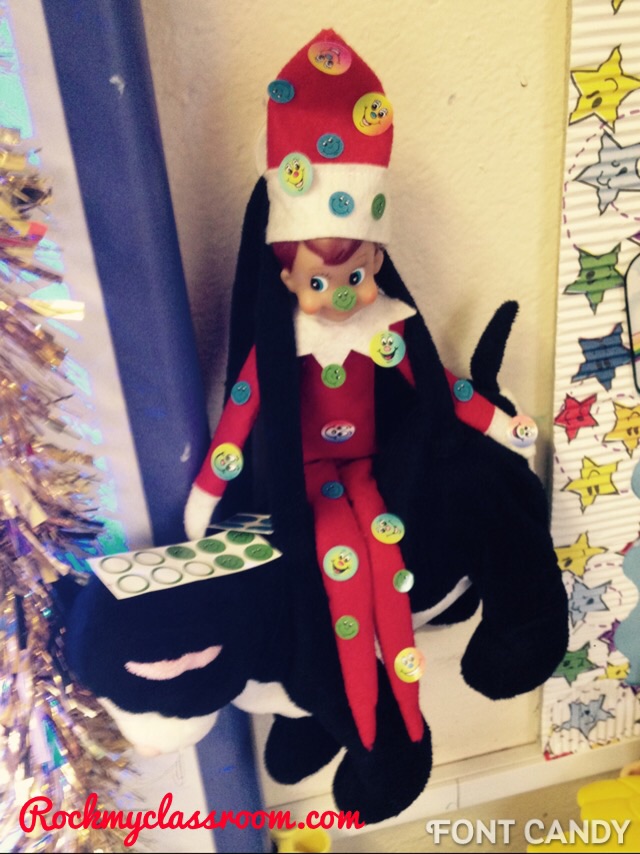 The children all planted a magic bean (tic tac) in sugar, sprinkled it with magic dust (glitter) and left them over night. Just look what happened….

I hope this inspires you to get your own elf on the shelf because it is honestly one of the most magical and rewarding things I’ve done since becoming a teacher. The looks on the childrens faces in the morning are just priceless. So many of my friends have bought them for their families and have had such a ball setting up various scenarios. My Facebook feed is constantly bombarded with elf on the shelf antics.

Anyway that’s all for now.  Hope you’re enjoying a few days off for Halloween.